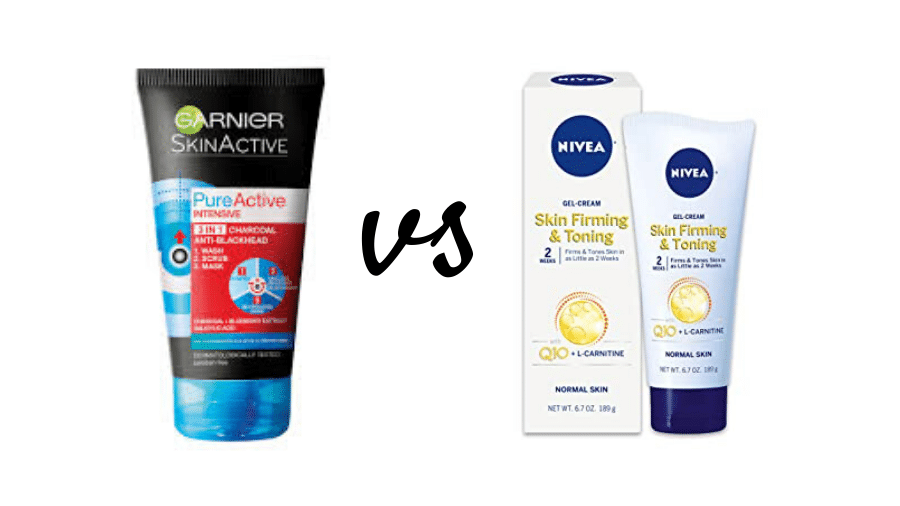 If you’re looking for a better article on Garnier vs Nivea than what’s out there, then here it is. I’m not going to say this is the best article you’ll ever read.

However, I’ve been writing similar articles for a while. So, I know what people might be looking for when they’re searching for topics like this.

In the following paragraphs, you’ll learn more about Garnier and Nivea. And most importantly, what products they have and how they differ.

Finally, this article should help you choose an appropriate product from either of these brands. If that’s clear, let’s get started.

Related: Nivea vs La Mer: Which Brand is Better?

The Garnier company is a cosmetic and body care company that was founded in France as far back as 1904. Garnier was established after an inventor named Alfred Amour Garnier created La Lotion Garnier which was the first plant-based hair lotion.

They have lots of products under different umbrellas ranging from hair color, hair care, and skincare. This presents a wide range of options to choose from.

Garnier, like Nivea, is a reputable brand competing with the likes of Dove, Neutrogena, Pantene, Nivea, and others.

In this article, you’ll learn more about their products and how they compare with Nivea so you can make important buying decisions.

The Nivea company is a cosmetic and body care company that was founded in Germany around the 80s. Nivea was established when Dr. Oscar Troplowitz made face cream.

Nivea is a personal care brand originating from Germany. Unlike Garnier, they specialize in body care and have been in existence since 1882.

Even though the company started with only a few products for the body, it actually has a lot of skincare products. This includes shampoos, shaving creams, toners, facial cleansers, tanning oils, etc.

Although the Garnier company and the Nivea company both specialize in cosmetic and body care products, each company tailors to different needs.

To start with, Garnier offers a wider range of hair care products which includes everything from the standard shampoo and conditioner to the more elaborate hair masks, coloring, mousse, gel and more.

Likewise, the Garnier company also tailors to specific and different hair types such as curly hair, straight hair, fine hair, thick hair and everything in between.

On the other hand, the Nivea company tends to focus on more skin-related products. This includes basic products such as moisturizers and body washes and shaving creams and lip balms.

Even though the Garnier company chooses to highlight its natural ingredients while the Nivea company decides to elaborate on its scientifically heightened technology.

Related: Bioderma vs Garnier: Which Brand is Best for You?

Target Consumers for Both Brand

Another difference between the Garnier company and the Nivea company is its target audience.

Product Review from Both Brands

One thing I found many users love is that it’s fragrance-free. And it doesn’t leave the face feeling oily or dry after rinsing. It’s equally inexpensive, which makes it affordable to lots of people.

Another thing worth noting is that it’s a gentle cleanser. So, if you’re looking for one, you can try it out.

What I personally like about the Garnier SkinActive Foaming Face Wash is that a lot of users use it for a long time. Thus getting their value out of it. This provides two advantages:

This is essentially a cleanser for deep cleaning the skin and making it free from debris that can block the pores and allow fresh air to the skin surface.

It’s infused with a refreshing formula that clears the skin so it looks clean and feels fresh. It also comes with vitamin E, which helps to balance the natural moisture of the skin.

It also contains antioxidants and skin hydrating ingredients like panthenol and glycerin.

There is also benzophenone-4, which is responsible for protecting the skin from being affected by sun rays. If you’re buying online, you can check Amazon, Walmart, eBay, YesStyle, and a few other platforms.

Related: The Ordinary or Drunk Elephant?

Both companies have a broad range of equally effective products in terms of the same need getting done efficiently.

To add on, each of these companies, like any other cosmetic and body care company, has their concerns regarding possible side effects and reactions.

However, both the Nivea company and the Garnier company have typically clean slates when it comes to being gentle on skin and hair with few reported cases of issues from the usage of their products.

In conclusion, when trying to decide which company is better, it all boils down to personal preference.

Related: Is Tresemme Better than Pantene?